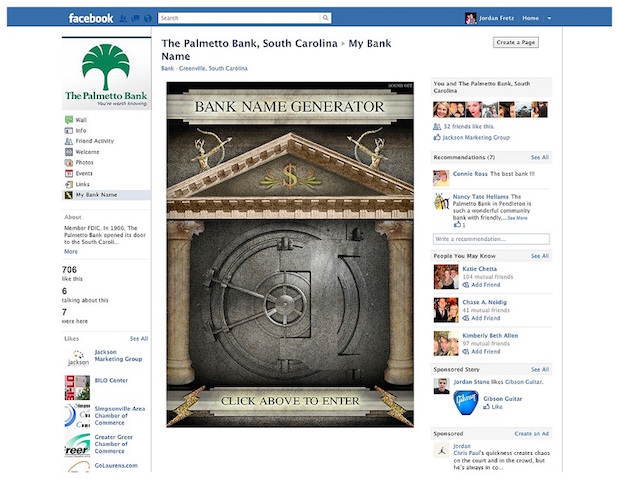 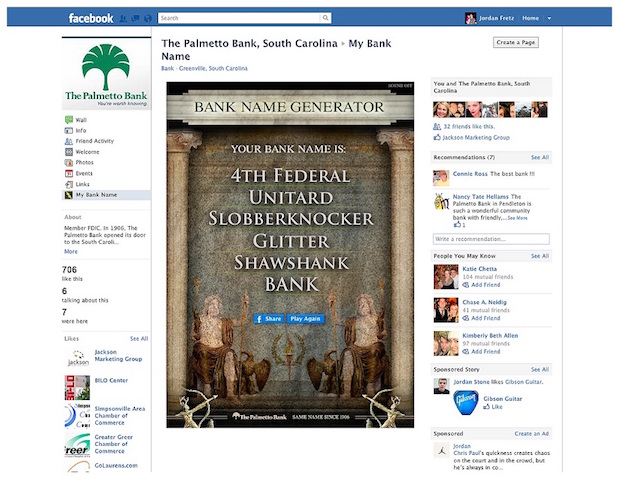 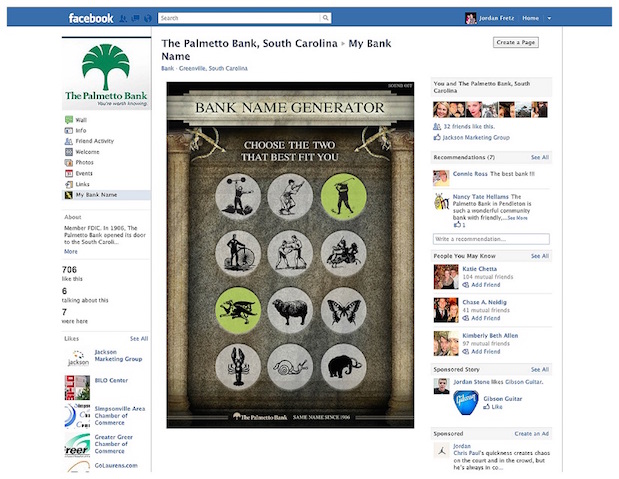 Unlike every other bank competitor out there, The Palmetto Bank has never changed its name. Since 1906! Palmetto came to us with a print ad request to attract a younger, hipper audience that was just entering the realm of banking, saving and investing. But instead of creating just a print ad, we proposed a Facebook App. The “kids these days” seem to avoid printed materials, but app copywriting and website copywriting can, sometimes, reach them. Thus, an app. Thus, Facebook. Thus, awareness. Thus, ripples. Created at Jackson Marketing Group.